You are at:Home»Cruising Life»Mystic Moon: How To Clear Customs in Canada

John and Kathy Youngblood are hardly new to cruising, or to crossing international boundaries. Indeed, three years ago they completed a 35,000-mile voyage around the Pacific with stops in Mexico, Colombia, the South Pacific, Malaysia, the Philippines and Japan, ending up in Alaska on their 2004 Selene 53, Mystic Moon.

Since then, they’ve been cruising through the Pacific Northwest. Earlier this month, they started their summer cruise from Washington state to Alaska, involving transit through Canadian waters, which are under Covid-19 restrictions. Here’s John’s account on their website, mysticmoonvoyages.com, of their clearing Canadian Customs in Van Isle, just north of Sidney on Vancouver Island, B.C.:

So how is it going….well, we have good news and empty wallet news…ugh!!! We did indeed leave Roche Harbor Monday morning in time for our 10:45am appointment at the Van Isle Customs dock. Everything was as reported by a previous Selene owner…take the most direct route possible to Alaska, we do not have to call in when anchor each night, keep your AIS on 7/24 so we can track you, allowed to deviate from our float plan for weather, but do call if you have an emergency and need to touch land. Expect to not be greeted well by the locals. They appreciated the Q flag being flown. No need to call when exit BC. $1M fine and 3-years in prison if violate transit/quarantine rules.

No issues on food, only asked about pitted fruits, which we had none.

We first were approached by the Border Patrol about 2 miles from Van Isle. I told them we used the Arrival App which they were delighted and we had a 10:45am appointment. They asked if we called CBSA and we said no because of using the App. He said no issue, thanks for using the App. They did call and came back and said there were 2 boats already there so no issues, Agents will be there. If there is no room, use the fuel dock. He then proceeded to take about 10 min and took all our info. Very nice, friendly and professional!! 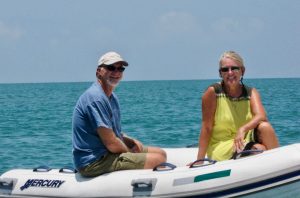 When we got to the dock it was full and we went to the fuel dock….out came Agents who said no can use and just stand off and wait for the boat to leave. We watched as a couple on the dock were hand gesticulating and some raised voices. We did see the Agents board while the people were on the dock….very unusual!!! We waited about 45 min….we are not sure but the boat may have been turned away…just some things the Agents said and how mad the couple seemed.

We docked and the Agents said please step outside but bring all your papers et al. They told us we would answer questions on the dock then they would proceed to make a thorough inspection while we waited on the dock. (BTW, in every other country we never had to leave the boat, seemed very disrespectful). They then took about 15 min with all the questions. They would not take “ships stores” as the answer to alcohol and the mean Agent then said, “ships stores” is for commercial use, not recreational. Hmmmmm….I’m thinking, well a Canadian Agent in 2006 told me to use those words as well as 50 other countries. But, I did not argue and we gave an estimate of what we thought we had….big mistake on our part.

They then proceeded to take 45 minutes and tore up the boat, while we waited outside….every cabinet, bed, drawer et al and made a mess. This was the most thorough inspection we have ever had!! The Agent then came out and asked me onboard. He proceeded for about 10 minutes to tongue lash me because they found stuff we did not declare. I took it in stride but after 10 minutes it was getting to be a bit much. I think he sensed enough, and then said I will give you one chance to come clean. What about any alcohol, drugs, firearms, and food have you not declared. He did ask about firearms ~20 times but we have none…knock yourself out trying to find some. Well, it must be alcohol I responded to his come clean demand. He then took another 10 minutes making me say I’m sure. Yes Dad, I’m sure!!!

I then told him my story. In 2005 we used Poet’s Cove to check in and we declared every bottle of alcohol and paid the duty taxes. In 2006, when I declared every bottle at Poet’s, the Agent said you paid last year and you just have “ship stores” this year. In 2018 the Agent in Prince Rupert accepted “ship stores”. The mean Agent then said, the Agent in 2005 and 2006 was probably me as I worked Poet’s Cove and that is something I would have done. But now, things are very, very different….he did not elaborate and I did not ask.

Bottom line, after I told them the story, they lightened up quite a bit and said they will give us our transit # but we will have to pay the taxes on the excess liquor. Oh, and in the future, just declare all you have, some Agents might just let you pass….hmmmmm!!

BTW, another Selene owner was checking in at the same time but at False Creek over by Vancouver. They had the exact same experience and they have checked into Canada >50 times. They took 3.5 hours!!! Yikes….not sure what is going on……arghhhhhh!!!! Read more: