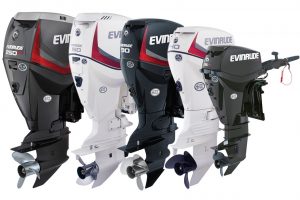 An American institution, Evinrude outboards just show down. BRP (Bombardier Recreational Products) made the announcement, closing Evinrude’s plant in Sturtevant, Wisconsin, and saying it will focus on its boat brands and other marine products.

“Our outboard engines business has been greatly impacted by COVID-19, obliging us to discontinue production of our outboard motors immediately,” said José Boisjoli, the president and CEO of BRP. “This business segment had already been facing some challenges and the impact of the current context has forced our hand.”

The BRP announcement said the company will use the Sturtevant  plant “for new projects to pursue our plan to provide customers with an unparalleled experience on the water.” It didn’t say what those projects would be, but it did announce an agreement with Mercury Marine to be the supplier for BRP’s boat brands.”

But the closing of Evinrude seems like a part of our history is slipping away. Evinrude was founded in 1907 by Ole Evinrude with the slogan, “Don’t Row! Throw the Oars Away.” He died in 1934, and his son, Ralph, became president of the Outboard Motor Corporation, later the Outboard Marine Corporation.

OMC produced Evinrudes and Johnson outboards for generations, and they were fixtures of life on the water. An Evinrude also served as a prop for Zippy the Chimp on the Ed Sullivan Show (pictured at top); the chimp even made  promotional appearances for OMC.

But Evinrude ran into headwinds at the end of the century. BRP bought it out of bankruptcy in the early 2000s. Lately, Evinrude’s two-stroke engines have faced challenges competing with the massive four-stroke outboards produced by Yamaha, Mercury, and Suzuki, among others.

Evinrude’s two-stroke business was never able to take advantage of the explosive growth of the outboard-powered center console market in the past ten years or so, or even the introduction of outboard-power on traditional cruising boats (including Hinckley, MJM, Back Cove, Ranger Tugs, Wilbur, and Ellis). Now Evinrudes are gone.  Read more: