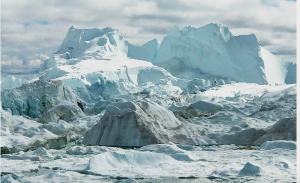 Pioneer, a 151-foot-long expedition yacht with a rich history, just cruised 500 nautical miles through the Canadian Arctic for ten days, a voyage filled with icebergs, narwhals, whales, walruses, bears, and potential peril at every turn.

The trip took the boat, designed by Vripack and built by Palmer Johnson in 1996, through the Canadian province of Nunavut, which is the size of western Europe but with only 29,000 people. The voyage started at the top of Baffin Island, basically across from Greenland and the start of the Northwest Passage, and then continued around glaciers and icebergs past Devon Island, the largest uninhabited island in the world.

Built as a displacement research and expedition vessel, Pioneer is powered by twin 819-hp CAT diesels. It tops out at 15 knots and cruises at 12 knots; it has a range of 7,000 nm at 10 knots. And it holds ten passengers.

After the trip, the captain said the boat spent entire days “weaving through the icebergs.” His major challenge was to avoid being trapped. “Being trapped among floating icebergs is a real danger,” he said. “My most memorable day was getting our $1.2 million sports fishing boat tender trapped in ice and having to cut it free while standing with the boss on the back of the boat.”

For his part, the owner was more than pleased with the trip. “We’re visiting places where wildlife is extremely fragile, where the glaciers are beautiful because they’re breaking up from climate change,” he said. “Getting to see it now with the sense that it’s fleeting is amazing.” Read more, and see more great pictures: 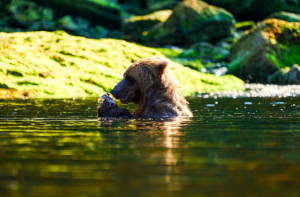