The new tenders are the ABJET 350XP, the smaller one, and the ABJET 465XP, the larger (pictured above). AB’s XP series features an open deck so you can move around the boat easily and safely; they also maximize space while optimizing stability and promoting efficient weight distribution. 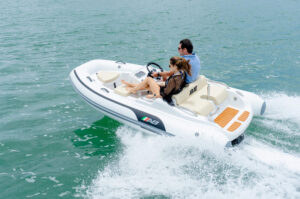 “Customers are always asking for more versatility, and that is what we have delivered here,” says Jamie Cristancho, the AB marketing and sales manager. 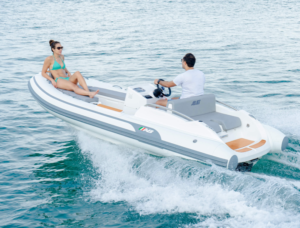 Both boats will be shown next at the big Düsseldorf show in January. See the 465 in action in the video below, and read more at http://abinflatables.com